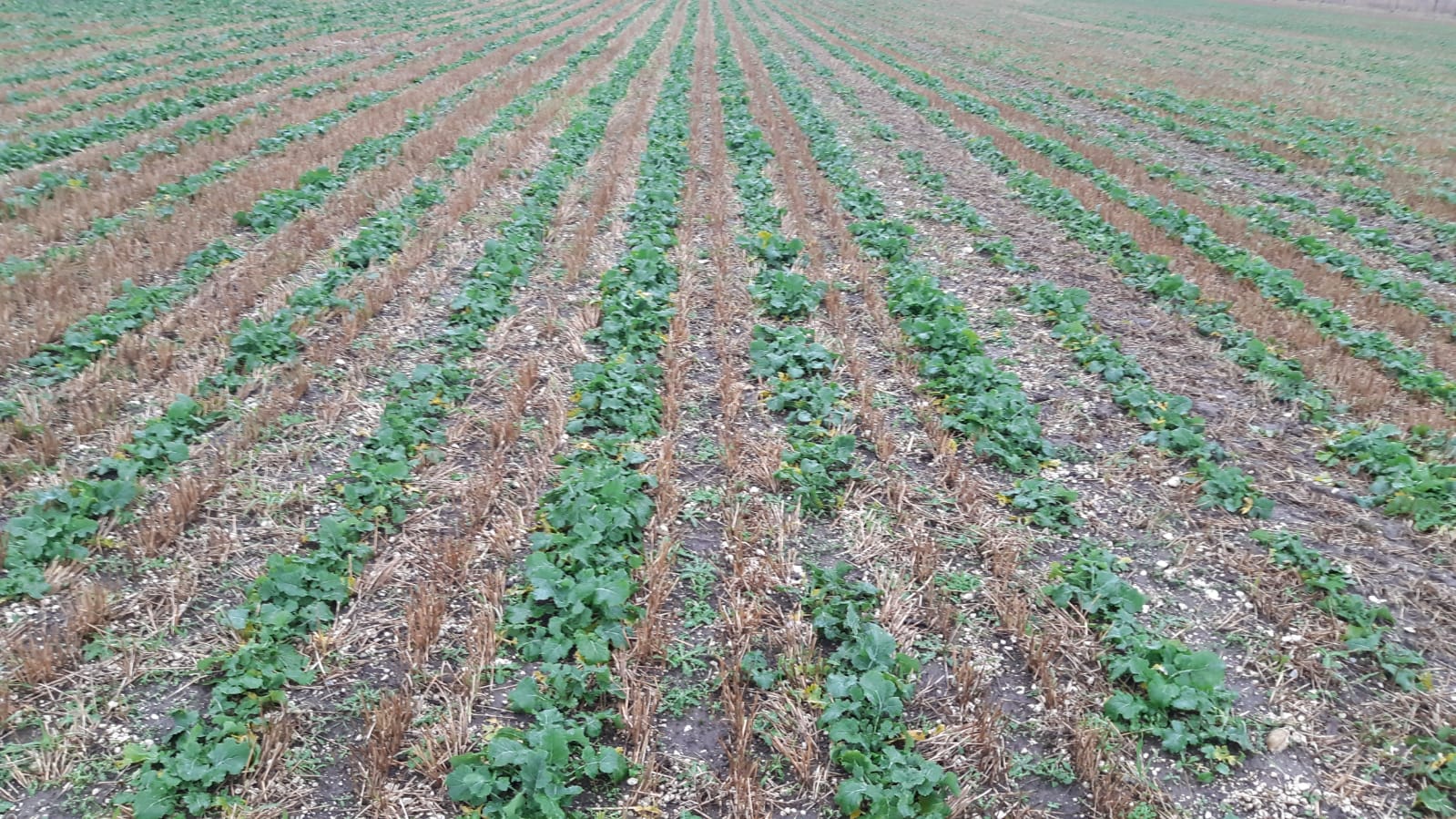 For the 2020-21 season Oilseed YEN introduced an Establishment Beauty Contest with the aim of increasing the information captured around the establishment period and to encourage farmers to learn together more about effective establishment practices. This development has been funded by AHDB, to ensure that Oilseed YEN continues to be relevant for most growers across the country.

How the beauty contest worked

Entrants provided data on 48 crops, including detailed agronomy, plant population, CSFB adult damage, seed bed quality and level of volunteers, along with multiple photos of each crop. Crops were categorised into three groups depending on drilling date:

Photographs were scored on evenness of plant spacing, uniformity of plant size, plant vigor, plant health and absence of weeds. This was combined with information on % establishment to give an overall score for ‘establishment beauty’, hence awards.

The winners of the beauty contest were announced at the AHDB/United Oilseed conference in February (catch up here if you missed it) and are summarised below. Thank you to everyone who participated, and congratulations to all winners. 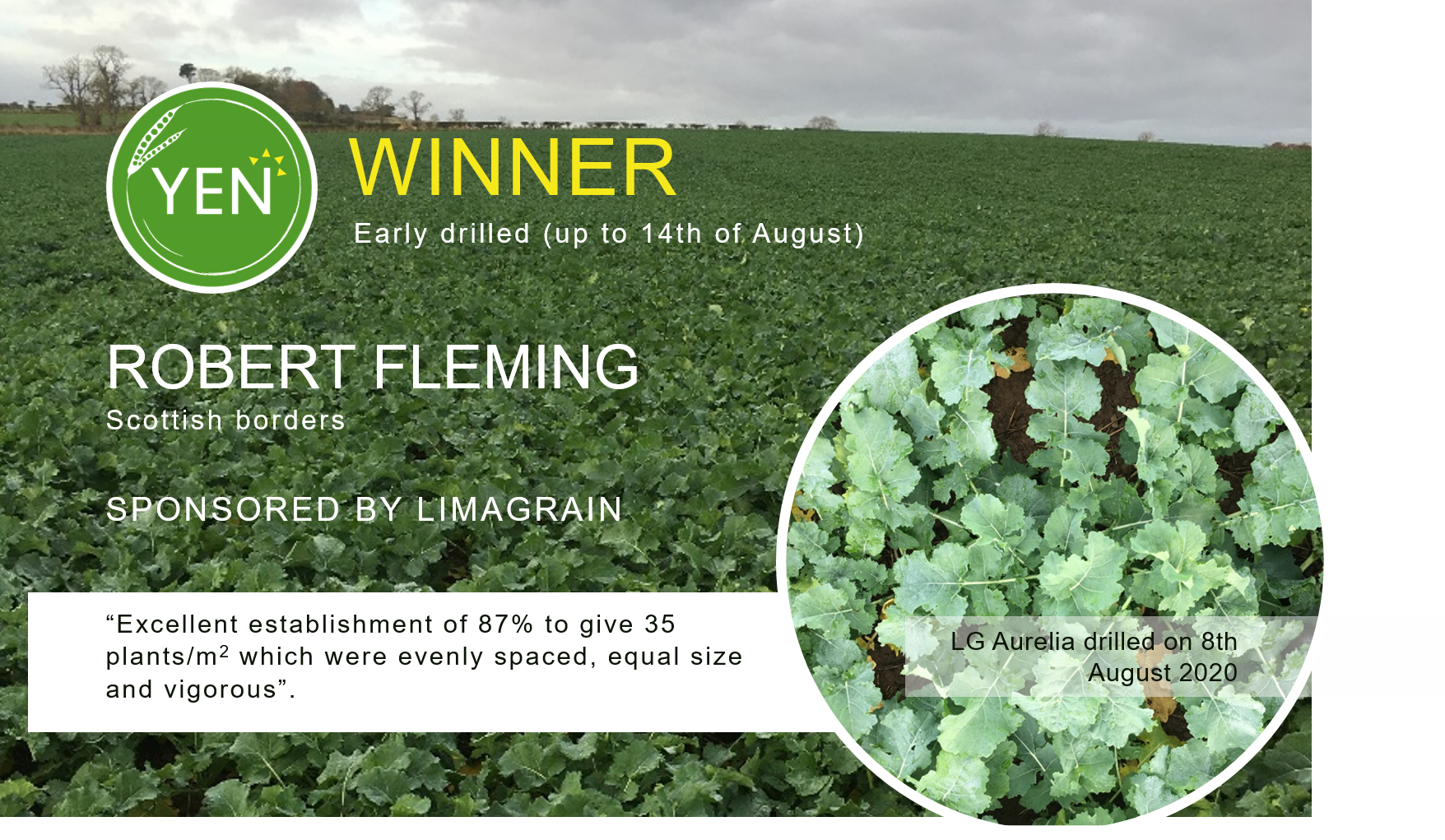 Robert’s crop was chosen due to excellent establishment of 87% leading to 35 plants/m2 which were evenly spaced, of equal size and vigorous. This crop on a clay loam soil type was established without a companion crop, with a subsoiler drill following light surface tillage, an application of 7,000 kg/ha layer manure at drilling and 10 kg/ha inorganic N. The seedbed condition and soil moisture at drilling was described as ‘Good’. The previous crop residue (winter barley) was removed and stubble length was less than 10 cm. 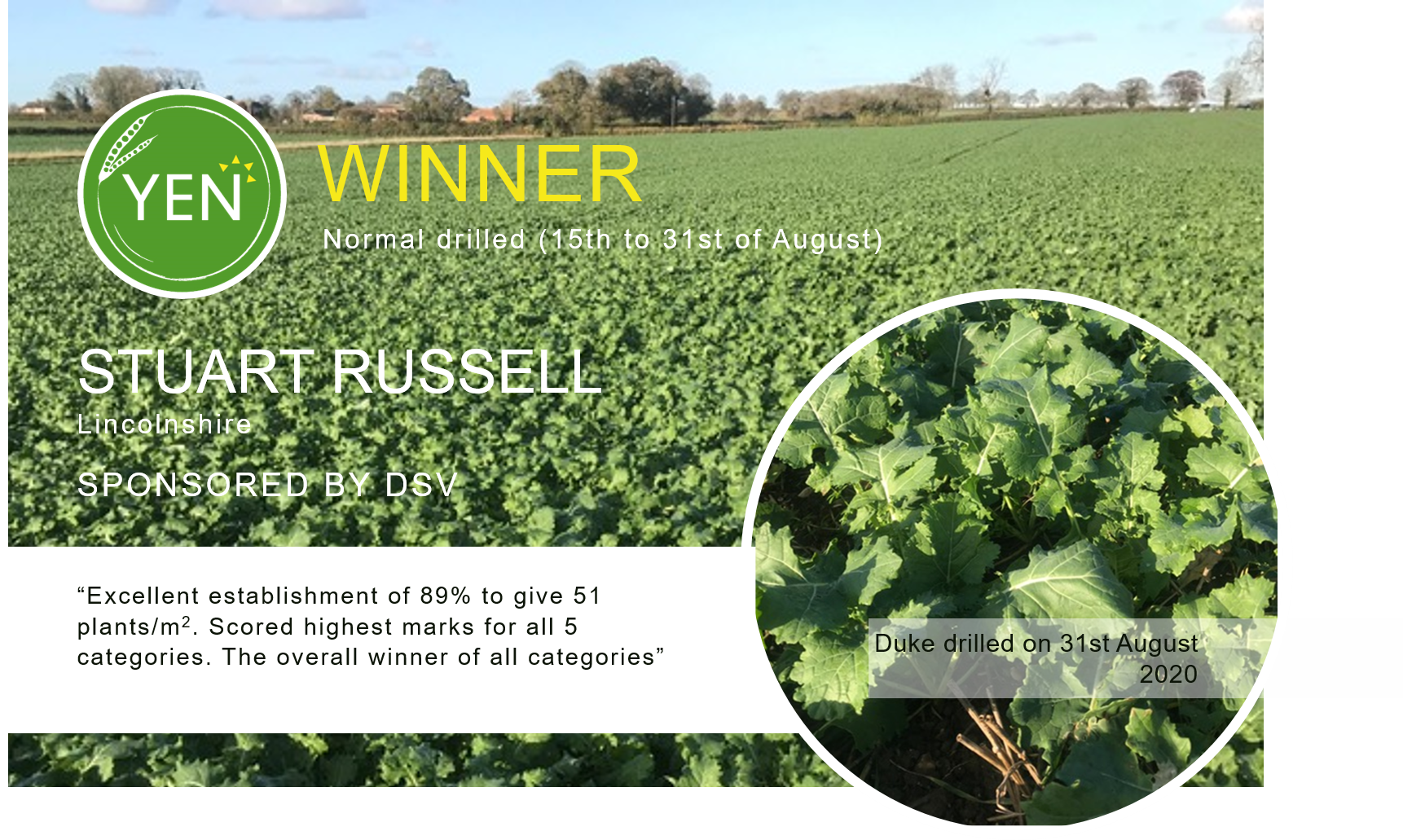 Stuart’s crop was selected due to excellent establishment of 89% leading to 51 plants/m2. This crop scored the highest marks for all 5 categories and was the overall winner of all categories. This crop on medium sandy loam soil type was established without a companion crop by direct drilling with a disc drill. 1 t/ha broiler litter was applied previous to drilling on 10/08/20. The seedbed condition and soil moisture at drilling was described as ‘Good’. The previous crop residue (winter wheat) was removed and stubble length was between 10-20 cm. 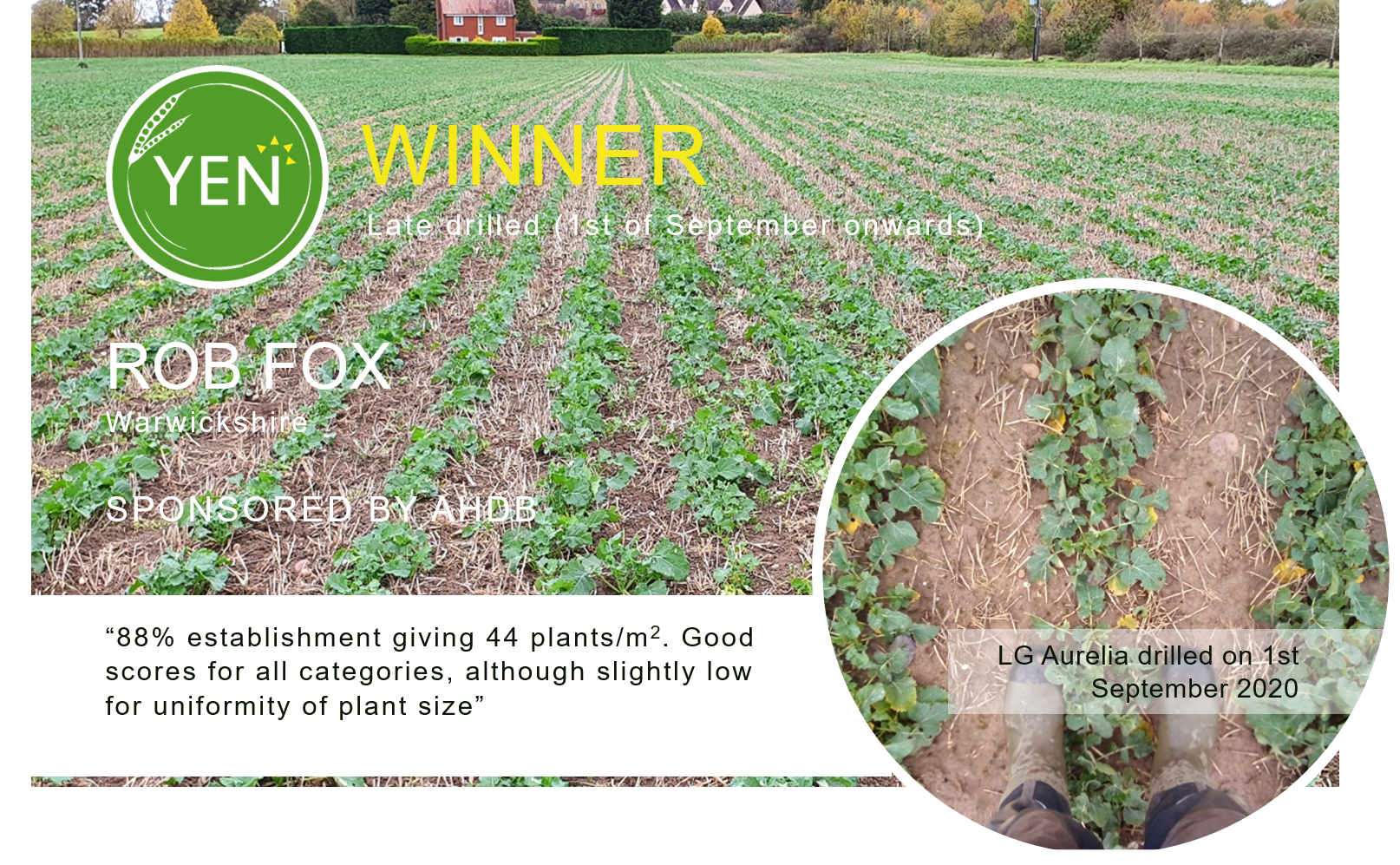 Rob’s crop was chosen due to 88% establishment leading to 44 plants/m2. This crop achieved good scores for all categories, although slightly low for uniformity of plant size. This crop on silty clay loam soil was established following subsoil cultivation with a tine drill, with an application of 8,000 kg/ha broiler litter on 26/08/20. The seedbed condition at drilling was described as ‘Good’ and soil moisture was described as ‘Dry’. The previous crop residue (spring barley) was returned and stubble length was between 10-20 cm.